Excuse me?!?!? Being a middle school teacher, I am constantly hearing strange new words and phrases tossed about in my classroom.

In order to understand what the heck everyone’s talking about, I am frequently running for my favorite dictionary: The Urban Dictionary.

Below is a super-duper decoder guide which highlights all the newest middle school lingo. Read on to find out how to respond the next time a teen calls you a dingus.

Definition: A fight that takes place on Twitter. This is usually a girl thing from what I’ve heard. Attacks are very passive aggressive and names are not named but “subtweeted” (see below) and everyone seems to know who the aggressor is talking about. Fights are typically short-lived and can be entertaining or annoying for followers depending on their perspective. Once one Twitter fight ends, another usually begins in its place. #cyberbulllying

Definition: Talking about someone behind their back on Twitter. This is a tactic used in Twitter fights. The person being subtweeted about is insulted, but not identified by name or tagged, so they don’t know they are being tweeted about. Of course, someone always tells them.

Definition: A new-ish classification of teens who are typified by their love of alternative music, edgy hair styles, and unconventional fashion choices. The look for scene guys may include skinny jeans, tight t-shirts, and long bangs that hang into the face. Scene girls wear brightly colored make up to match their hair which usually is in a choppy style featuring at least two different vibrant colors.

Sentence: Cindy looks like so scene today. Did you know all the scene kids hang out on myspace?

Definition: Means my baby or sweetie or my boo.Shortening this term of endearment adds a bit of specialness and exclusivity to the word. Only used for you besties or boy/girlfriend.

Sentence: Tonight I’m going to the movies with my bae.

Other info: Bae is also an acronym meaning…Before Anyone Else.

Definition: Term used to express excitement. I learned this one during Teacher Appreciation Week when I received a card that had “Yeet” written all over it.

Sentence: Guess who got an A- in history!Yeet! Yeet!

Definition: Family. Teens love to shorten words; it makes them cooler…unless an adult does it. Then it’s not cool at all.

Sentence: I can’t meet up today because I’m hangin’ out with the fam.

Definition: Hee hee! This one makes me giggle just typing it. A wenis is the skin on your elbow. Teens like to use it because it sounds like, even rhymes with, another word…penis. Adults get freaked out when they hear kids use this word so that makes it extra fun for teens. The shock value is high and comes with no backlash since they didn’t say anything wrong.

Sentence: My wenis is really soft and wrinkly today. Do you want to see my wenis?

Definition: A dingus is a person who is goofy and awkward. They make other people laugh because they do stupid things. Dingus vs. Idiot: No one likes an idiot; they’re annoying. The dingus is a very lovable, endearing creature! Warning: sometimes this word means penis.

Sentence: You are such a dingus!! 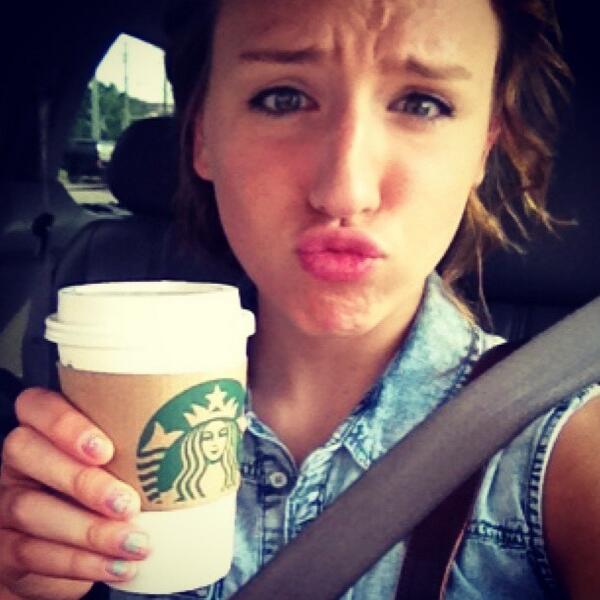 Definition: Typical. This is kind of a mean word and is used (in my school) to describe white girls who drink Starbucks, wear Uggs, and make duck faces into their phones.

Sentence: Look at what she’s wearing, North Face and Hollister again. She is so basic.

Definition: Very, a lot or really. Personally, I think this word is popular with middle schoolers because it has the word “hell” buried inside of it.

Other info: Hella originated in the San Francisco area and is a shortened form of “hell of”.

Sentence: Girlaa do you need some pepper to go with that salt? Like calm down.

Definition: Funny, spirited, bold. Can be sarcastic, but in a nice way that everyone adores.

Sentence: Tina is so sassy to the teacher, but she always gets away with it.

Definition: This word’s meaning lies somewhere between salty and sassy. It is “sassy” with an edge or an attitude. Someone who is saucy often borders on being rude or insulting to others.

Sentence: Don’t take that saucy tone with me!

Definition: If 4ever means “forever,” than 5ever MUST be better and longer, right?? Used only in social media.

Definition: Means “that”. Kids love trying to be ghetto which is something that I have tried hard to understand, but still don’t get. Dat is primarily used in social media, not spoken.

Related Words: dem and dis and da = them and this and the

Definition: When spoken it is generally used with sarcasm to emphasize a point.

Sentence: This class is ruining my life. Hashtag worst.teacher.ever.

Definition: Shortened term for “gangster”. Once again, suburban kids and their crazy obsession with life in the ghetto.

Sentence: Dude that guy’s a straight up G, like watch out yo.

Definition: This is when two people are in the pre-stage of dating. Generally this couple has gone on a few dates and text nonstop. They have not made it official, but likely will. This stage generally lasts one week to up to six months if one of them is holding off on commitment.

Sentence: Girlaaa, you two have been talking 5ever, is he ever gonna actually ask you out for real?

Other info: Originated on vine and is generally spoken, not written.

Definition: Generally used to describe someone who looks trashy. It isn’t a very nice thing to call someone. Ratchet is sometimes abbreviated to ratch.

Definition: Super long acronym that stands for…I love you so much baby. Middle school girls love a lot of people so this is used frequently. Used primarily on instagram and Twitter.

Instagram Caption: Starbucks with my bestie, she’s so perf. ILYSMBB

Definition: A word used to describe people who collect and trade sneakers, primarily Nikes and Jordans. This is a major obsession for these teens and they can often be seen walking around the locker bay trying to hawk an old pair of shoes.

Sentence: Collin is a real sneakerhead.

Other info: There is even a convention called Sneakercon for sneaker collectors where they are able to buy, sell, trade, and admire the coolest shoes around. Many of my students attend this event when it comes to D.C.

Saturday: Nothing! I guess the no one posts on Saturdays. Ha!

*These words are popular in my school which is in Virginia. Teen slang varies quite a bit depending on location, even from one school to another in the same county.

These words are OUT.

Only use words from this list if you are prepared to receive immediate looks of derision and exaggerated eye rolls. You will be openly mocked and snickered at by any teens in the vicinity. Sometimes I sprinkle these into my lessons to make sure that my students are listening. A reaction is 100% guaranteed.

So now you know how to sound hip and cool when conversing with the younger set or at least understand some of what they are saying. Please note: Much of this will probably be outdated by the time I hit “publish” so proceed with caution.

59 thoughts on “Zayum! Your wenis is hella soft!”